My hubby put the Olympics on the TV when I came into the room just to piss me off because he knows I don’t want to watch it and when it’s on the nightly news I just fast-forward over it as I couldn’t care less about stupid boring sports although even so I have still been made aware of it online and on Facebook you can put a flag on your profile picture and I did it although not for the reason of supporting your country for the Olympics like it was intended  which I don’t care about, but rather I just  think seeing all the different flags on the profile pictures is neat and I chose the Jamaican flag for mine(as seen here) since I have a Rasta spirit and Jamaica is the birthplace of Bob Marley and Reggae.

I also saw this photo on Facebook of beach volleyball and I it struck me the vast cultural differences between the Muslim Egyptian player who is modestly fully covered and her competitor from the West (it appears to be Germany from what I can tell) bares pretty much everything wearing a skimpy bikini. I have to say that I prefer the Egyptian player’s uniform even though I imagine she must be sweltering hot in it. I would never dress like the opposing player and have never worn a bikini in my life, even when I WAS younger and thin and had a half-way decent body, there’s alot to be said for modesty and covering up. 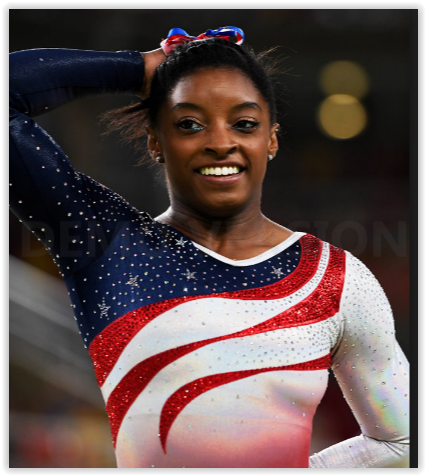 I was also touched by the inspirational story of American gymnast Simone Biles. Her parents were drug-addled and she was adopted by her grandparents,and it just goes to show that it doesn’t matter *where* you come  from, it’s what you make of yourself that matters.

…..and then there’s this. I just cracked up when I saw it. I think they should set him free and release him back into the wild. Keeping him in captivity is just cruel. 🙂