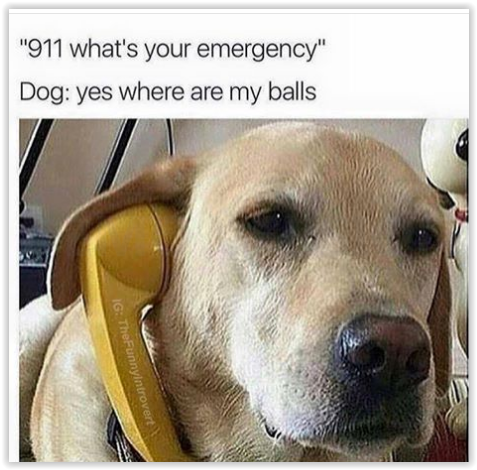 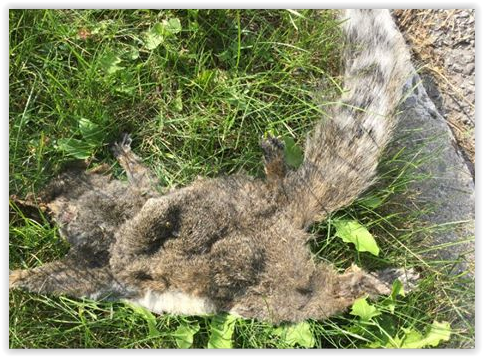 I saw this road-kill squirrel on our lawn at the front, next to the road and it’s so  flat it could be a wall-hanging or a throw-rug! I mean, I’ve never seen one so completely flat like that before, it reminds me of those bearskin rugs at the ski lodge with the heads and the rest of it is completely flat. It’s one of those things that’s both gross and fascinating at the same time; the sort of thing that kids walking by on their way to school would stop and gawk at and poke at with a stick….but then my hubby came by with a shovel and got rid of it and our fun was over and that was that.

A neighbour also told me about that nice house I liked the rent is 1950$ a month plus utilities, which is expensive for this area, and there’s no A/C; the owner’s renting it out for another YR until his divorce is finalized and he lives in Ottawa. I still wish I could move in and live there, it looks like a nice house but it costs even more than I’d get on disability. Sigh.. All the schools in town were in lockdown on Friday too as there was a guy walking around seen carrying a rifle and it turned out to be fake but you never know at the time and there’s no taking chances. I also have this really weird headache and I had to take all  the  different kinds of headache pills before it finally let up; I guess it was the combination of them that worked.

The 15 YR old was also being mouthy over her chores and when I reminded her that it’s my job to remind her to do them she huffed, “and it’s my job to ignore you!” and cool,too: the 17 YR old’s friend’s father( who is a chef to dignitaries) met US President Obama; he was preparing a meal for him for some State dinner and he actually got to meet him! How neat is that?

I also had this weird dream I saw my friend K (from grade 8) on a cruise and she was now a wealthy drug kingpin and she was trying to kill me and she said, “Your face is even longer now, and still just as ugly, but I’d recognize you anywhere!” and I said to her, “Why are you trying to kill me? We were friends!” and I had the thought impressed upon me as well that I’m most likely to die the day before I turn 50 and  it’ll be from ovarian cancer that’s spread to my lungs….hmmm…..