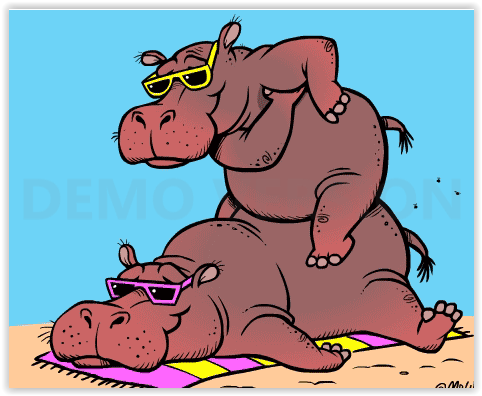 It’s been really hot here the past few days, and I do mean sweltering, 30 C with the humidex 37 C or higher. It’s even hotter than it was in Cuba because of the humidity. I like it hot and sunny, but not humid, which is too hot; it’s oppressive and unbearable. When it gets like this the air also feels so “thick” I find it hard to even breathe and I often feel like I’m going to pass out. I like the temperature/heat like in California, warm but not humid, but not like in Florida where it’s really humid. It’s nice in the Caribbean,too, it’s hot but not humid due to the fact that it’s surrounded by water on all sides being that they’re all islands.

As well, now the 14 YR old’s going to the eating disorders clinic every 2 weeks instead of every week and when we were there yesterday( our last weekly app’t) on the elevator my hubby didn’t look where he was going and backed up and stepped on my foot and never even apologized either so I said, Watch it! but still instead of just saying sorry he blames me and goes, You should move further back! and so I said to him, If it were someone else you stepped on, I’d hope you’d at least say “sorry” to them and not “move to the back! You’re so rude! Just showing once again how he has zero consideration for me and he was condescending to me and put me down in front of the behaviour therapist too and she gave me this sad, sympathetic look, but at least she knows how he treats me and now other people see too how I’m emotionally abused; I have witnesses, it’s not just me saying so! He obviously doesn’t see anything wrong with it,either since he even does it in front of other people!

The NP also asked what’s the best treatment for anxiety and I blurted out Prozac! and she gives me this look and says, No……Cognitive Behaviour  Therapy! but she’s never been a big “fan” of medication though even though sometimes you really do need it, such as with me; I have a chemical imbalance and no amount of this psycho-babble mumbo-jumbo will fix a chemical imbalance; only medication can do that, and the 14 YR old was saying she’s still having trouble sleeping and they still wouldn’t give her anything for it except said to keep up with her “therapy techniques” and try melatonin, a natural treatment, and it made me mad; if she needs medication to sleep, to feel better,and to help with her obvious depression, then what’s the problem? It’s better than being suicidal, and I know what it feels like and I don’t want her suffering like that,esp. needlessly, and if medication may help her why not at least try it instead of  all this nonsense, esp. since it’s most likely genetic….

The social worker also asked the 14 YR old about reading and asked her if she likes the Harry Potter books and she said no, and she kept pressing, like she wanted her to try and she kept saying no, not interested, and I informed her, They’re occult and glorify witchcraft; we don’t get involved in that and she looked taken aback and then asked my hubby Do you  agree with this too? and of course he jumped at the chance to make me look like an idiot, to embarrass me, the only one, and he said, No, just her, I watched all the movies! so I added, But he’s a godless heathen and doesn’t care!  but at least she’d also get to see how he was so quick to leave me flapping in the wind all on my own like that, how eager he was to sell me out, to show no support, and he’s like that with everything and he never has my back or supports me and has such little regard for me that even in the van he hogs up all the cup holders for his drinks so I have no place( in the passenger seat up front) to put mine; it doesn’t matter, big things or little things; he jumps at every opportunity to put me down, to discredit me, to belittle me, to dismiss me, to devalue me, etc. and meeting him was my biggest regret in life and the happiest day in my life will be the day I finally divorce him.

I also wish I was the Old Me again. She knew how to smile. She used to laugh and have fun. She used to be happy.

I saw this really cool car(just like this one) in a local car lot for the longest time as well and fell in love with it. This is the perfect car for me. I just love it and if I could drive this would be the car I’d get: 2016 blue Mustang with black stripe. It’s just so me. My foot’s getting better now,too, it looks smaller, not as red anymore and starting to scab over. It also concerns me the way the kids have no regard for God, Jesus, or religion, anymore,and the 14 YR old, for instance, refers to God as an invisible sky-daddy  and doesn’t even think He’s real and thinks I’m stupid for believing in something you can’t prove, and makes fun of my faith, they all do, my hubby and mother included, even though I did raise the kids godly and righteous…..I don’t know what happened…..they got indoctrinated by the world I guess and turned away from their faith and it breaks my heart but I pray every day that they come back…