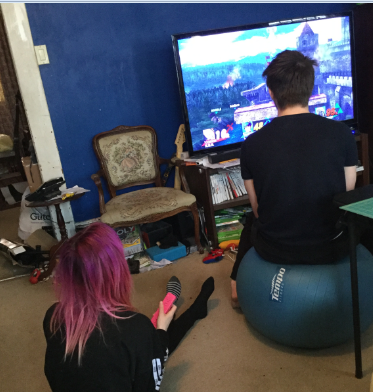 Here are 2 of the kids playing a video game.This is one of my fave. things about my kids. Not only are they siblings but they’re also good friends. They’ve always gotten along well with one another, always been close, hardly ever fight( nothing more than the odd spat that is made up quickly afterwards or the older ones teasing the younger ones) always played together, hung out together, go shopping together, some share the same friends and interests, and they actually like eachother. As for the oldest ones that have moved away they still keep in contact with them regularly as well, still connected, some of them even daily by text and SnapChat. They’ll even watch a fave. TV show together live using their phones or computers or however they do it. I’m really pleased how well they get along and how close they are and I hope they will continue to be life-long friends and keep in touch with eachother all thru their lives.

Christ died so I could make a mother fucking hickory smoked apricot maple apple cider pineapple glazes spiral ham.  I win Easter.
This is the e-mail I got for Easter from the oldest.This is also the dinner him and the 20 YR old ( I call them The Edmonton Boys) had that he made.  He’s such a good cook and to think that when he first left home for university some 11 years ago ( oh, my God, I can’t believe it’s been that long!!) the only thing he could make was toast and oatmeal. 🙂 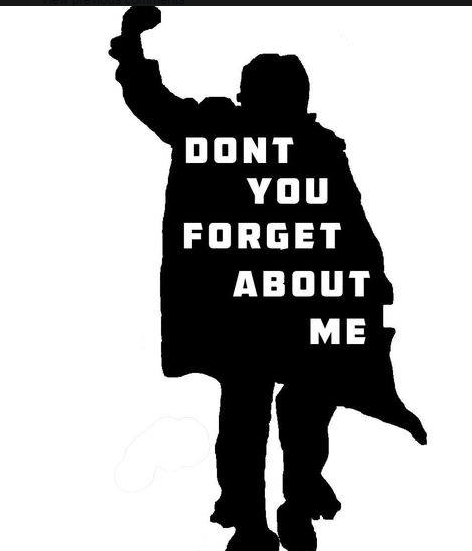 My excruciating pain in my stomach and kidneys also still relentlessly continues on, only now even worse. I’d put it around an 8 out of 10 on the pain level scale. I have a high tolerance for pain but even I’m really struggling trying to cope with this and it’s the kind of pain that’s so bad you want to throw up. It feels like my stomach’s going to explode, actually, and I’d guess due to the location it’s either my ulcer or liver so I did a sort of “test” by eating ( which was hard in itself as I have no appetite,either, but I’m so excessively thirsty yet I’m hardly peeing much) to see if the pain lessened as with the ulcer it’s worse on an empty stomach and gets relief when I eat but if it’s the liver the pain will still remain…..and it made no difference so it must be the liver and I know the lower back/flank pain is the kidneys.

I also slept most of the day, no energy to even move, and every time I did it worsened the pain, and my hubby and mother said to go to the ER but I prefer to die at home. I’m pretty sure my kidneys are shutting down now and I feel like I’m dying. I think today might be the day.I also have this tightening in my chest and my eyes are itchy and sting  and I’m the tiredest I’ve ever been ,and it feels like I’m fading away, almost as if a vacuum is sucking all the energy, life, breath, and “beingness” out of me and I can literally feel myself getting weaker and weaker, sicker and sicker, and fading more and more as each hour passes.

Buddy seems to be sensing something as well as he’s been anxious and in a “twist” all day, like something’s bothering him, maybe he can somehow sense something’s wrong or that I’m dying? All day he’s been barking, whimpering, licking and scratching me,  and cuddling even more than usual. He also has this worried, sad look on his face, poor boy. I hope he’ll always remember how much I love him. Just in case this is the end I asked my mother to plant my sunflower garden for me in spring, just as I had planned to do; it can remind them of me, and it would have been cool to die yesterday though as it was 2 April, 2/4…and 2 and 4 are my fave. numbers and they always have been as far back as I can remember, at least since I was 4 or so!

I just hope that in the joy of my death they don’t forget about me.

Know that I did love you and I tried my best. Forgive me for being me.