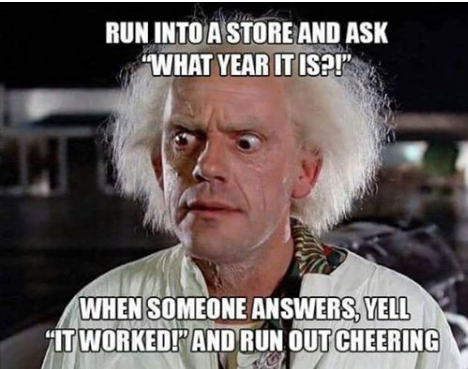 Reading my Facebook friends’ accounts of their Mother’s Day celebrations with their families  such as getting cards, flowers, gifts etc. from their kids, phone calls, getting taken out to brunch or dinner, going sailing, being celebrated and told how they’re loved, having meals prepared for them, breakfast in bed, home-made treats, thoughtful gifts and gestures, signs of love, etc. made me say aloud to myself, Is that how normal people do it? ( to redeem himself though, yesterday the 23 year old did finally wish me a belated Happy Mother’s Day and gave me a hug; he said he got the days mixed up and thought it was yesterday) which is something I often find myself saying, thinking, or wondering,often aloud. I compare my crazy dysfunctional, f*cked up family to other people, Is THAT  what normal people do? Is THAT how normal families are? Is THAT what normal people say? Is THAT how normal people are? etc. You get the idea. It always surprises me how completely different other families and other people are from us, how different the dynamics are, how differently they function, how differently they relate to eachother, how differently they do things, how differently they live, and it always leaves me feeling lacking, a loss, a sadness, a longing, and a yearning for the love, encouragement, support, validation, praise, acceptance, inclusion, kindness, belonging, compassion, understanding, security, closeness, bond, and unity I don’t have with my own family.

As well, the 11 YR old finally beat the 15 YR old at a certain video game so it’s now officially been decreed by all the kids that he’s now a Main Character(and no longer a Dog)…yeah…..don’t ask…..I’m not even entirely sure,either; it’s just one of those things my crazy family does…he passed his Main Character Test…. and for the past 3 days I’ve been on IB Gard, which is  a natural formula for IBS, mainly concentrated peppermint  oil that soothes and eases out the kinks and spasms in the abdomen and it seems to be working: I haven’t had the abdomenal pain since and as soon as I notice it flaring up or cramps beginning I take 2 pills and it lets up, so we’ll see, but it looks hopeful….yes, yes. yes…. I have a nice, deep dark tan now as well being outside every day and feeling the warm sun on your face is the best feeling in the world.It’s a gift from God, and it’s free!

My Facebook friend in Brazil’s baby also turned 2. Here she is. She’s just so cute. She just keeps getting cuter and cuter all the time. I just had to post this. I can’t believe she’s 2 already. Can you believe she had her when she was like 45 or 46? I also decided that sometimes you just have to live in the moment and those are the best memories, and Buddy woke me up during the night last night,too, furiously pawing at my face and whimpering, and I remember I was coughing so I wonder if I was maybe having a seizure in my sleep again and stopped breathing or something(or choking on a feather from my pillow, perhaps?) and he was trying to revive me, knowing something was wrong? I just love that dog so much. God knew exactly what I needed when He sent him to me. He’s my best friend and my co-pilot in life. Everyone needs someone to walk beside them along the road in life, like Paul had Silas; I have Buddy. He walks along beside me in my journey and is my right-hand man. There’s always a spot for him next to me.

I also had this scary nightmare that the volcano in Hawaii on the news the entire thing blows, and not only that but the entire chain of volcanoes along the Ring Of Fire along the Pacific Coast erupts, and the rumbling during the eruptions then causing massive earthquakes and tsunamis and flooding, decimating the coastlines all along Asia, Australia, and North and South America,; it was catastrophic, like we’ve never seen before, like in one of those doomsday end-of-the-world movies.It was horrible, countries sinking into the ocean, and all those people, millions and millions of people…