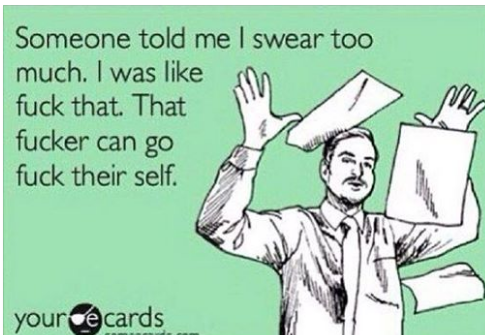 I saw the cardiologist( the handsome Egyptian guy!) and all my tests came back normal so my heart’s ok; broken emotionally, but not physically. So we still have no answers to why I fainted and have seizures. He was just as hot as I remember him,too,and I was so giddy and nervous I just kept hoping that I wouldn’t say or do anything stupid to embarrass myself. I must have just been oozing pheremones though as I was drooling over him, gazing into his handsome face, knowing I’ll probably never see him again, just enjoying the moment, trying to capture it in my memory forever, and his eyes are so beautiful, oh, my God… a combination of brown and green, they’re almost gold, oh, the things I imagine doing to that guy….I also noticed a little nick on his neck from shaving and all I could think of was imagining kissing it…I wish I could trade my hubby for him….

Both the doctor and the nurse noticed and liked my tan as well(and the nurse also liked my funky boots) and the hunk doctor and I talked about Ramadan, which he’s currently observing, and there I was, thinking my rude thoughts of what I wanted to do with him and wondering if he even has any idea of how hot he truly is.I purposely didn’t even wear a bra, either,(I’m a dirty old whore, ha,ha) hoping he’d have to look at my chest but no luck.(and if he touched it I probably would have passed out) Doesn’t it figure? I can’t even get that. Even so, ugly people still need love,too.

My hubby was also being his usual asshole self, resentful for having to drive me and complaining about it, and hurling insults at me putting down and mocking my age including, Look at you! You can tell you’re old! and Why do you always have to be so stupid all the time? and he yelled at me for walking too slow as well,and when we stopped off at Wal-Mart in Kingston they had the body wash I needed but not my hair dye so I grabbed that and was going to line up and he wouldn’t let me, telling me to put the items down as he was tired and didn’t want to wait in line, reassuring me that we’d stop off at Wal-Mart in town on the way back(so I could pick both things I need then)……except that we didn’t…..the asshole lied and refused to go, excusing he changed his mind and was tired and didn’t want to do any more driving; he f*cked me over is what he did, and I never even got the other items either(which as it turned out later, they don’t have here) as he’d rushed me out and wouldn’t even let me get those when we already were in the other Wal-Mart so I was mad and I really let him have it…..and then he says I’m the problem; that I’m selfish, ungrateful, a terrible person,etc. for complaining  instead of being grateful for all that he does for me…..WTF?

He’s got it wrong; I’m mad that he said we would stop off after and get my stuff after and then he wouldn’t, esp. after he wouldn’t let me get the items I was able to find at the other store before!So I ended up with none of my stuff and felt like my stuff isn’t worth the bother. He’s just being an asshole again, treating me like shit, and then he gets all high and mighty saying if I don’t like it then go myself, knowing I have no way to get there, no transportation, so in a fury I pulled the earphones out of my iPod and blasted my Reggae music really loud I know he hates so he’d have to listen to it in “retaliation” and I told him, You’re not the only one that can be an asshole! so then the prick starts blaring redneck country music on the car radio just to piss me off…..and so it goes… I almost got out and walked….as it turned out I still  ended up going to the store later in the evening(he got 10 minutes he could “squeeze” me in; aren’t I lucky?) but I’m just so tired of the way he treats me. I’ve had enough of this shit and of this life.

We also took the long and winding road driving home to avoid the back up on the highway due to construction and we passed thru every single little town along the way and I’ve never seen so many lilac bushes, it was amazing! As we were driving out into the middle of nowhere, into deserted rural roads I also half expected my hubby to pull over somewhere and kill me and dump my body somewhere and drive off,either that, or meet up with someone he’s hired to do the job and then he shoots me right there; that that’s really why we ended up driving all the way out there in the middle of nowhere, and then he got all mad and sulky because he couldn’t find his usual gas station and we were running on fumes and he whined Maybe we just won’t get any gas at all then! and I told him to stop being such a child and just get it somewhere else, no big deal, before we run out of gas completely and end up stranded somewhere, I swear, the shit I have to put up with, the guy’s a f*cking tool! There just has to be some way I can be free….I’ve been doing this since 1988, I’m done….

We also saw the new Star Wars movie and he acted like it was some sort of great “sacrifice” on his part for having taken the precious time out of his busy schedule to have taken me and that I should be eternally grateful to him for the sacred priveledge.Oh, thank you, Massa! You are too kind, Massa.I bow down humbly and kiss your feet.Don’t beat me, Massa.