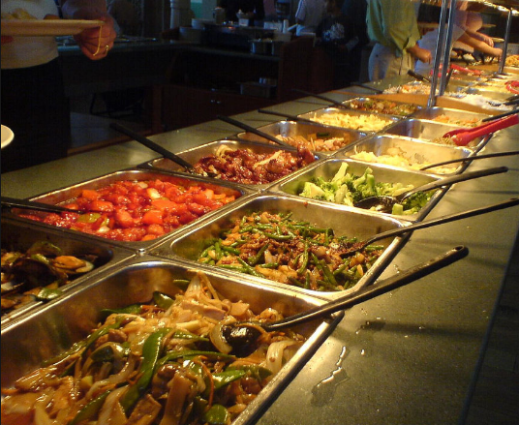 The 23 YR old’s birthday is in 8 more days and we were mentioning it and my hubby reminded him that he doesn’t celebrate birthdays once you turn 18, meaning no more birthday parties, outings or gifts once the kids turn 18, at least not from him, so my mother said she felt badly for him, or more correctly, she actually had a craving for Chinese food and so she re=phrased it as Let’s take him to the Chinese buffet for his birthday lunch and so it agreed upon that he, her,and I would go, but it had to be on a certain day as it was the only day my hubby had free to drive us, and, as he scoffed, I’m not taking a day off work just so that you can go out to lunch! but the problem was that on that  scheduled day he got sick. He came down with a bad cold and was sick up in his room all day!

Naturally I assumed the lunch would be post-poned until he felt better, since it was his birthday lunch afterall, and my hubby said he wouldn’t have another free day until at least another month, but nope…. my mother was determined to have her Chinese all-you-can-eat buffet and she was looking forward to it and had to have it on that day as planned and hadn’t planned anything for dinner…..and so she determined we were still going to go anyway, with or without him. I thought it was kind of mean but, hey, free food is free food, and who am I to turn down a chance to go to the Chinese buffet, so we still went but we thought of him the entire time we were there and every bite we took of noodles or dumplings we thought of him and dedicated it to him. We also toasted him and his upcoming birthday and brought him back some food(we’d ordered from the menu; we did not swipe it from the buffet and hide it in a container and sneak it back home) for when he feels better.

As well, my belly pain is still bad and now I feel nauseated at times too and the palms of my hands are itchy just like they were before when I had the Obstetric Cholestasis and liver failure, so it must be my liver acting-up again,but I see the doctor this week anyway and get an ultrasound next week so that’s good timing, and my hubby and I were debating about if invisible things cast shadows and he says they don’t as the light has to reflect against an object in order to cast a shadow and if it’s invisible it doesn’t exist so it wouldn’t, except being invisible doesn’t mean that it doesn’t exist or not have a form, though; it still exists and still has mass;  invisible  just means you can’t see it, like the wind, or God, or air, so I think if you were invisible you’d still have a shadow.